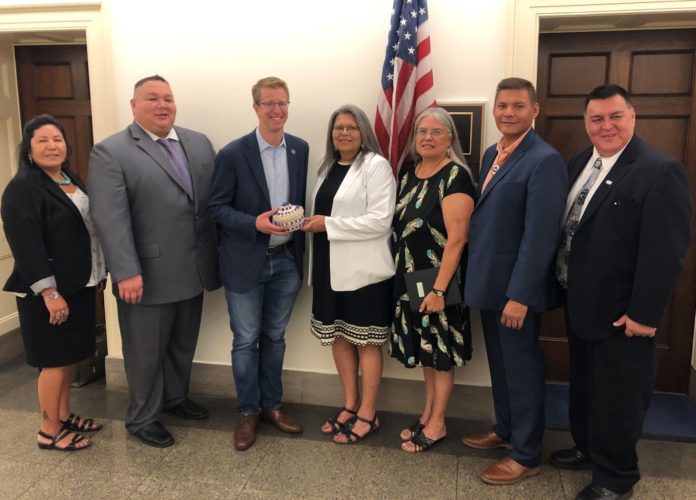 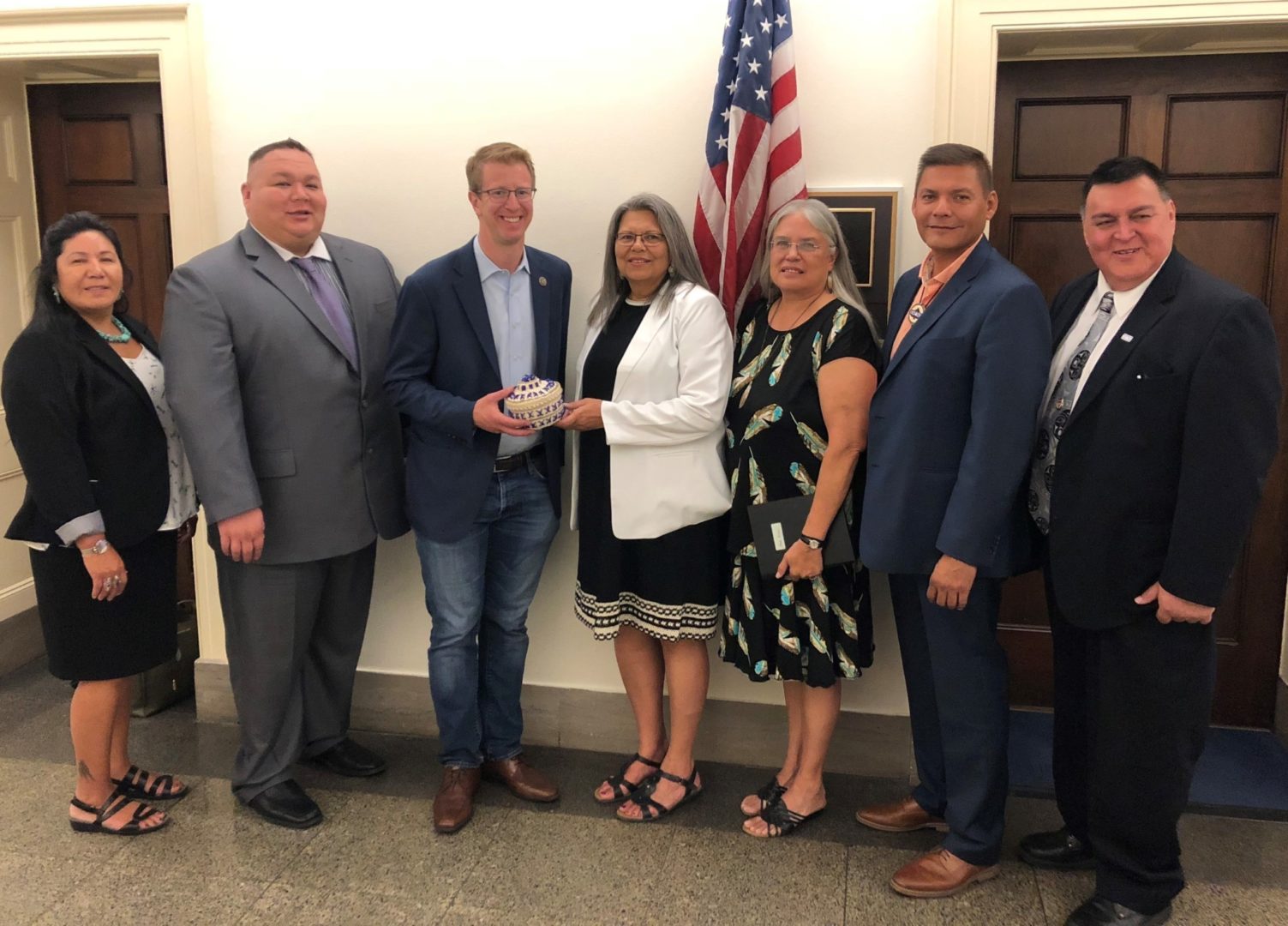 AKWESASNE — The Saint Regis Mohawk Tribe (“SRMT” or “Tribe”), the Kootenai Tribe of Idaho, and Six Nations of the Grand River announce the successful completion of the Northern Tribal Border Alliance (“NTBA” of “Alliance”) Washington, D.C. Fly-In held on Ohiarihkó:wa/July 19, 2018. The Mohawk Council of Akwesasne was unable to attend due to unforeseen circumstances.

The NTBA was first formed in August 2017 when more than 30 participants representing federally recognized tribes and First Nations communities met to discuss important common tribal interests along the Northern Border and to meet with officials of the U.S. Customs and Border Protection, Department of Homeland Security, and Canada Border Services Agency. At the meeting, held at the Mystic Lake Casino & Hotel in Shakopee, Minnesota, the Alliance collaboratively addressed border crossing issues that Native Americans and First Nations people who live and work on both sides of the U.S.-Canadian border face. Attendees agreed that continued collaboration would be required in order to successfully strengthen relationships with U.S. and Canadian border officials in a way that promotes both cultural awareness and national security.

The prevalence of Native American people crossing the U.S.-Canadian border is the result of treaties between the U.S. and Great Britain which delineated the U.S.-Canadian border splitting many of the territories of federally recognized Native American tribes in half and federal law, which acknowledges the inherent right of members of these tribes to pass freely between the two countries into their own homelands. However, the lack of cultural awareness and failure to modify the law to reflect the existing federal Indian law framework is contributing to growing tensions between these tribes and U.S. and Canadian border officials. The primary issue facing Mohawk people and other Native Americans who are members of the Alliance is the blood quantum requirement. Currently, Section 289 of the Immigration and Nationality Act, Pub. L. 82-414, which recognizes the right to cross the border, extends “only to persons who possess at least 50 per centum of blood of the American Indian race.”

“This language is offensive and infringes on the Tribe’s right to determine our membership requirements as a self-governing nation,” stated SRMT Chief Michael Conners. “Moreover, it is inconsistent with federal Indian law and creates unnecessary tension between our tribal members and border security agents, which goes directly against all of the efforts we have been undertaking to strengthen our relationship with border control to ensure our community is safe.”

“Mohawk people should not have to prove that they are 50 percent of the ‘American Indian race’ to border security agents,” stated SRMT Chief Beverly Cook. “We have had tribal members who have lived in Akwesasne their entire lives that have been denied entry back into the United States because they are unable to prove their blood quantum at the border. No one else in this country has to prove their blood quantum to go home. Proof of tribal membership should be enough.”

During the 114th Congress, SRMT’s active engagement with Congress and the administration led to the introduction of H.R. 5412, a bill to protect the right of Mohawks to cross the international border at Akwesasne in accordance with the Jay Treaty, by Congresswomen Suzan DelBene (D-WA) and Elise Stefanik (R-NY) and Congressman Derek Kilmer (D-WA). However, the bill did not receive anticipated floor time with focus on a changing administration.

With growing tension along the southern border due to the administration’s stance on immigration, the Tribe and other Native American communities have been witnessing increased issues at the northern border when utilizing their Jay Treaty right to visit family members, go to work, pick their children up from school, attend ceremonies, and seek medical care making the bill’s reintroduction and passage an imminent goal.

“The purpose of the NTBA Washington, D.C. Fly-In was to ensure that the border crossing legislation is reintroduced this session with greater bipartisan support from other members of Congress who have tribal communities whose inherent rights to access our own lands and to ensure the safety of our community members are being infringed upon because of outdated, termination era language.” said SRMT Chief Eric Thompson who has spearheaded the Tribe’s involvement in NTBA.

Tribal leaders were informed that the bill would be reintroduced by the original cosponsors with additional members ready to sign on once language is approved by the House Office of Legislative Counsel. Additionally, the offices of Congressmen Kilmer and Cole are investigating whether an amendment can be added to the House’s Homeland Security appropriations bill to provide immediate relief from the consequences of the current law.

In addition to meeting with members of Congress, the NTBA also met with David Munro, Director of Tribal Government Affairs at the Department of Homeland Security (“DHS”) to discuss ways that the Alliance can better educate DHS and its border agents on the negative impacts of the existing law.

“We will continue to seek every avenue possible to get this law corrected,” added Chief Thompson. “We welcome tribal governments and First Nations communities that are located on or near the northern border to join our efforts. As the Alliance grows, we will have a stronger, unified voice that will assist us in accomplishing our goals.”