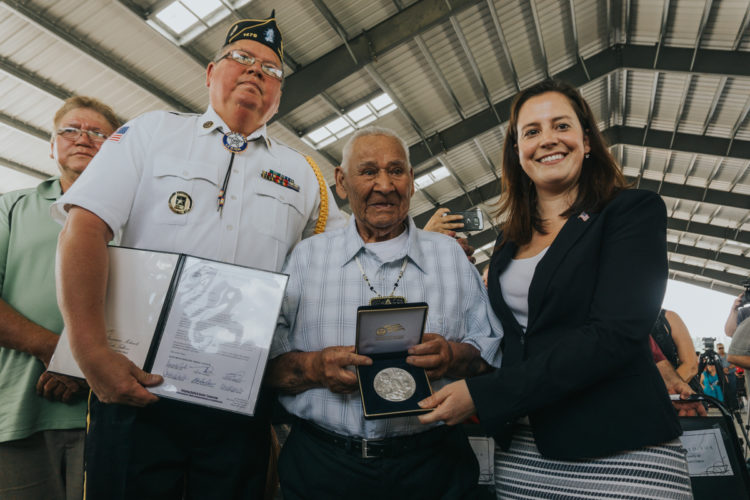 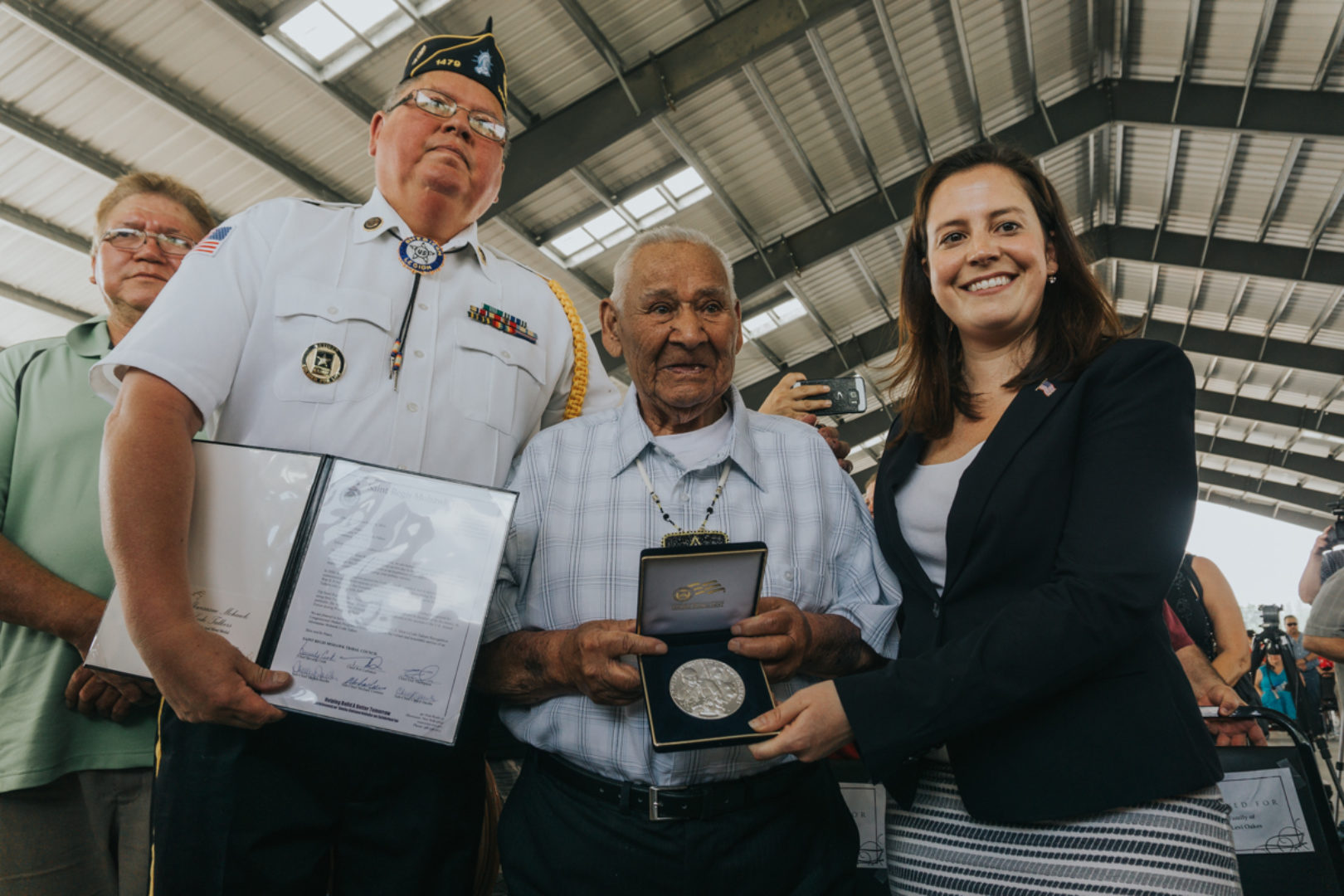 AKWESASNE — It is with a heavy heart that the Saint Regis Mohawk Tribe has joined in sharing condolences for the loss of a beloved Akwesashró:non — Louis Levi Oakes. Oakes was an enrolled tribal member and the last remaining Akwesasne Mohawk Code Talker who served during World War II. He touched the lives of everyone who met him and will be missed by many, particularly by his loved ones.

Louis Levi Oakes was born on the Mohawk Territory of Akwesasne on January 23, 1925 and, following the onset of World War II, registered for the U.S. Army at the age of 18. He received his formal military training as a code talker while stationed in Louisiana, along with other Akwesasne Mohawks. He was assigned as a Technician 4th Grade with Company B’s 442nd Signal Battalion in the U.S. Army.

During his six years of military service, TEC 4 Oakes saw action in the South Pacific, New Guinea and Philippines theatres in World War II. For his exemplary service, he received the third-highest military combat decoration for gallantry in action against an enemy of the United States — The Silver Star. He served with distinction and received an honorable discharge on Enníska/February 15, 1946.

Throughout World War II, Louis Levi Oakes’s knowledge and usage of Kanien’keha (Mohawk language) was used to send communications between U.S. forces. It was one of 33 Native languages used during World War II to code important messages, which became known the world over as the only unbroken military code in history.

To recognize their role in helping the Allied Forces to be victorious, in 2008 the U.S. Congress passed the Code Talkers Recognition Act to honor every Native American Code Talker who served in the U.S. military, including Louis Levi Oakes. As a result, Oakes was one of 17 Akwesasne Mohawks to receive the Congressional Silver Medal for his military contributions as a Native American Code Talker on Onerahtohkó:wa/May 28, 2016.