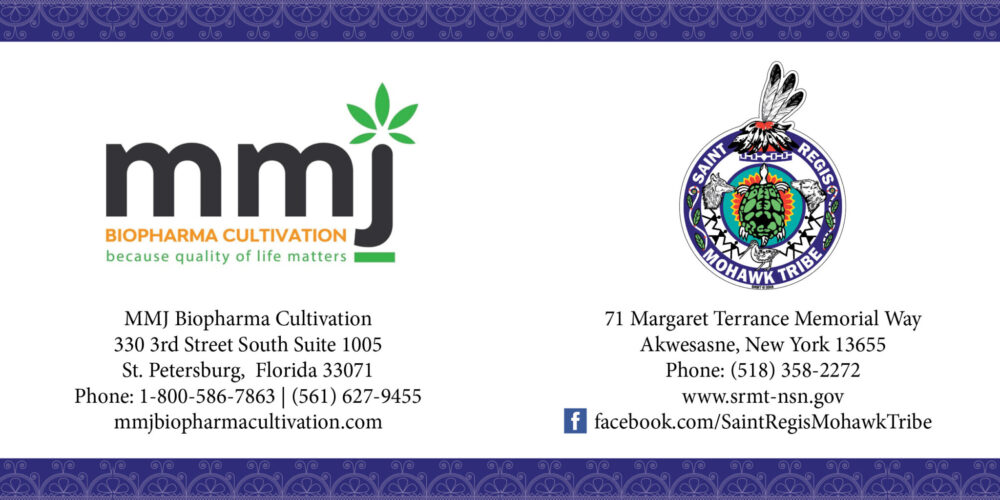 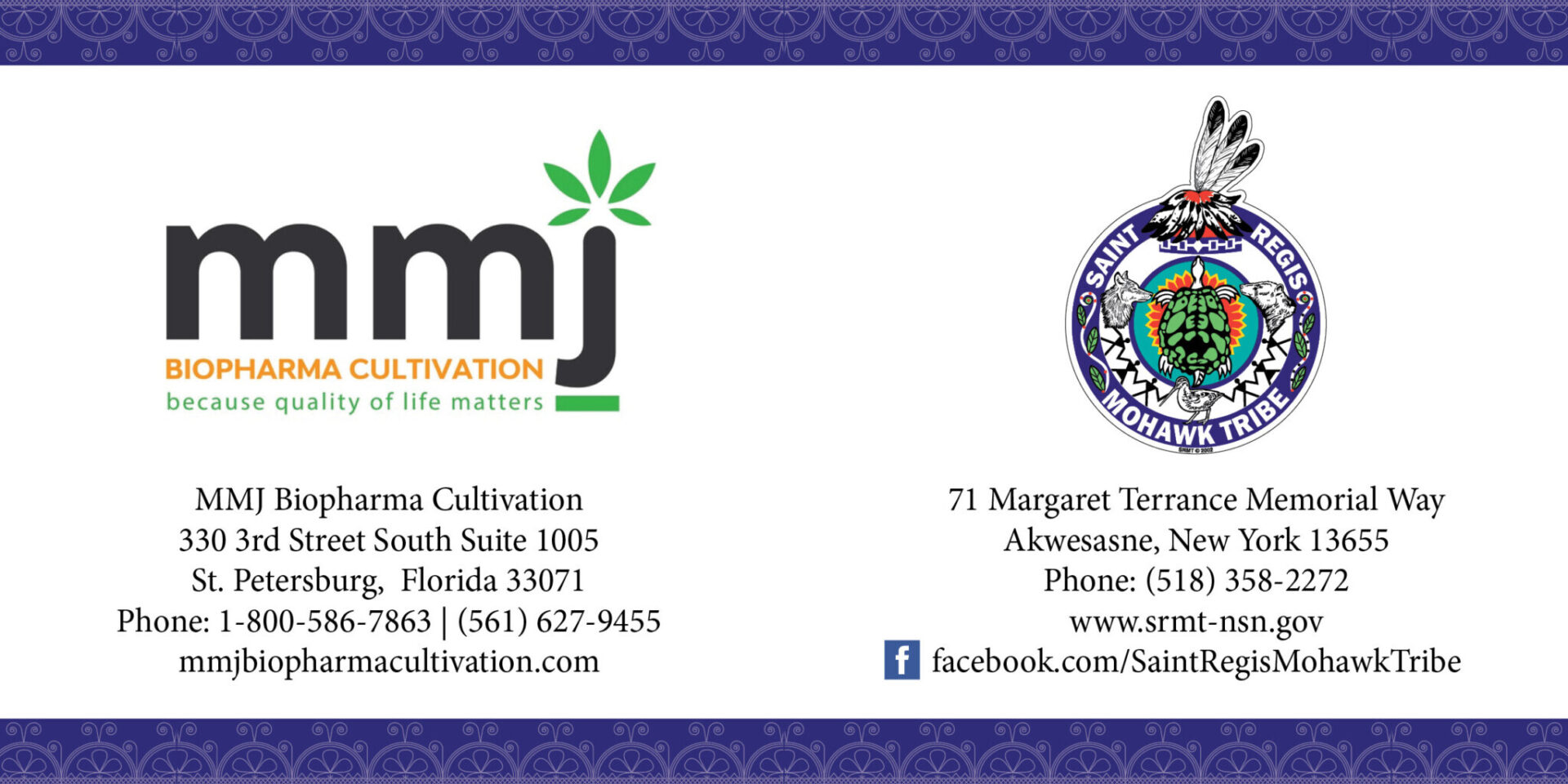 St. Petersburg, FL / Akwesasne, NY: On December 17, 2020, the Saint Regis Mohawk Tribe’s holding company entered into a Joint Development Agreement with MMJ BioPharma Cultivation, Inc. to lease and develop approximately twenty acres of Tribal trust land, previously designated by the Tribe as a Business Park. MMJ is pursuing an importers and cultivation license from the U.S. Drug Enforcement Agency for cannabis and pharmaceutical research. If awarded a Federal license, MMJ’s investment in the project will include all costs to design and construct a 500,000 square foot federally licensed cultivation, extraction and lab facility.

The Saint Regis Mohawk Tribe’s holding company, the Tewáthahón:ni Corporation, is tasked with the oversight of the Tribe’s investments and tribally-owned business entities. “Economic development has always been a priority for the Tribe, but the Board of Managers of the Corporation are tasked with the especially vital role of diversification and management of investments that benefit the community of Akwesasne,” shared the Board. “The project with MMJ falls in line with our Tribal priorities, specifically in regards to healthcare, the treatment of chronic disease and the diversification of our investment portfolio.” The project requires zero financial investment from Tewáthahón:ni as the landlord; once MMJ BioPharma is federally licensed and operational, the agreement outlines a percentage of revenues that will benefit the community, as well as Tribal preferences for jobs.

MMJ International Holdings, Inc., the pharmaceutical arm of the parent company, has submitted an investigational New Drug Application with the Federal Drug Administration to begin clinical trials in Multiple Sclerosis and Huntington’s Disease. It has been granted Orphan Drug Designation by the FDA for the treatment of Huntington’s Disease. “Our pharmaceutical grade cannabis extract expands treatment options for people suffering from chronic, debilitating illness,” described Dr. Elio Mariani.

In anticipation of the development of the facility, MMJ has also applied for a DEA Importer Permit to bring initial plants in from Canada and Jamaica and import their proprietary extracts into the United States for research and development purposes. The fully indoor, secure grow facility will be capable of producing 40 metric tons of dry marijuana per year when fully built out. All of the cannabis plants in the twenty-acre cultivation facility will be grown under computer-controlled conditions, ensuring the product meets DEA and FDA regulatory specifications for the therapies to be derived from the plants. The existing facilities on the property are currently being prepared for the inspection by the Drug Enforcement Agency, in anticipation of award of the cultivation license.

Currently, the University of Mississippi holds the only Federal license for the cultivation of marijuana. The DEA began accepting applications for new licensed facilities in 2016, to date, there are thirty-five pending applications, including MMJ BioPharma Cultivation.

The Saint Regis Mohawk Tribe is a federally recognized tribal government located in their traditional territory of Akwesasne, which is sliced by the U.S. Canadian border. The Tribe consists of over 16,000 enrolled tribal members, and is governed by an elected Tribal Council.