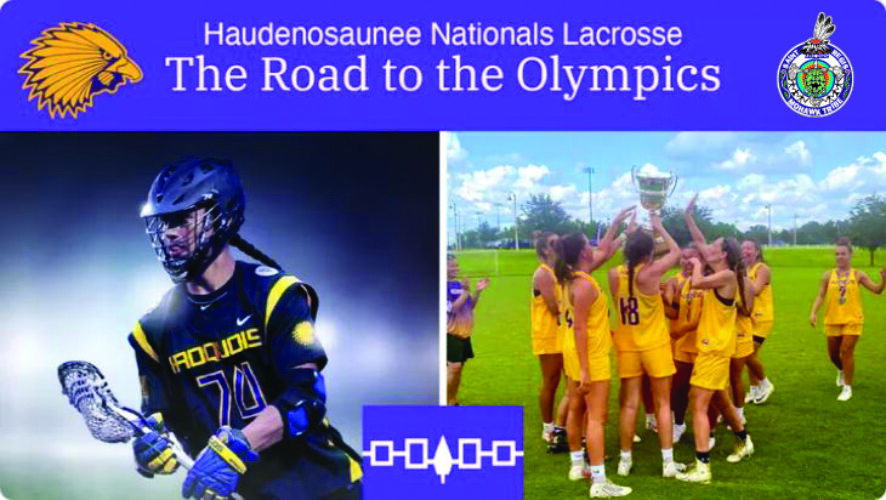 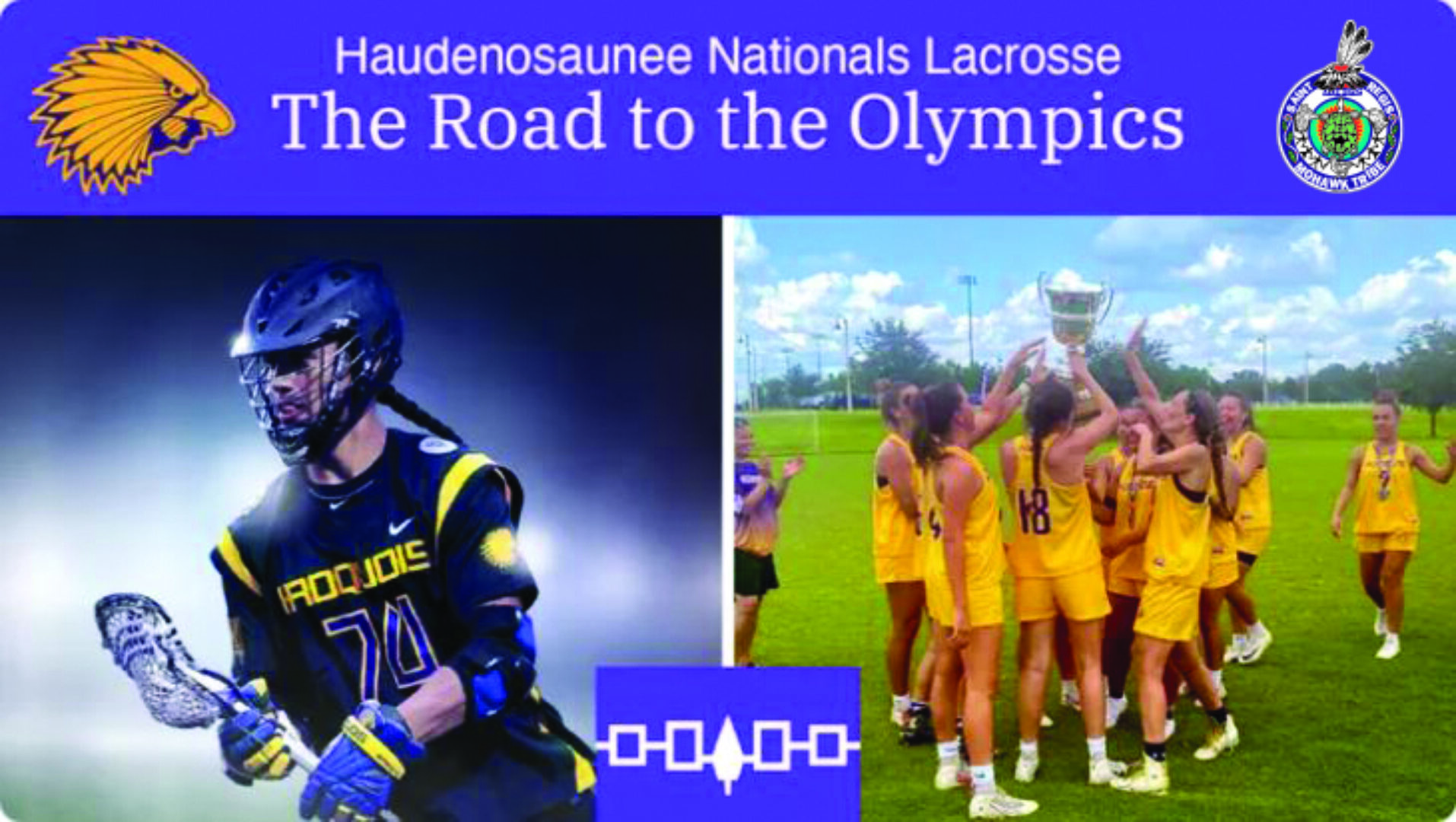 AKWESASNE -- With the Haudenosaunee Nationals Men’s Lacrosse Team securing the 5th position and the Women’s Team garnering 7th at the World Games in Birmingham, Alabama; the Saint Regis Mohawk Tribe (SRMT) is proud to support their goal of bringing home the Gold Medal in the near future. To strengthen their efforts, the Tribe has donated $100,000 to help them compete internationally and, to ultimately, make the 2028 Summer Olympic Games in Los Angeles, California.

“More than 70 countries compete in the World Lacrosse Championships every four years,” noted the SRMT Tribal Council. They added, “Unlike other countries that have thousands of players to draw from, the Haudenosaunee Nationals only have a few hundred, so for them to be ranked among the world’s best is an accomplishment that we should all take pride in supporting.”

For the past few months, the Haudenosaunee Nationals have reached out and shared their desire of making the 2028 Los Angeles Olympic Games. They hope to use the world event to share the game’s true meaning of peace, friendship, and healing with the world. Their outreach entailed meetings and community presentations provided by Haudenosaunee National’s Board Member Lorraine White (Mohawk) and Executive Director Leo Nolan (Mohawk).

The Haudenosaunee Nationals are the National Lacrosse Team of the Haudenosaunee Confederacy that is comprised of the Seneca, Cayuga, Onondaga, Oneida, Mohawk and Tuscarora Nations. The team also includes players from other Native Nations, who all share the same desire to share the significance of the game’s origins with the world.

To compete in the 2028 Summer Olympic Games, the Haudenosaunee Nationals must secure the needed financial support, as well as place at a World Lacrosse Championship. The Men’s Team will have another opportunity to qualify at the 2022 World Lacrosse Men’s U-21 Championship in Limerick, Ireland to be held in August.

The costs associated with player development, staff, equipment, travel, and lodging poses a challenge; so, fundraising has become a priority for the organization and our communities. In addition to securing corporate donors, champion and other individual sponsors are needed; with champion donors receiving a special invitation to meet the Haudenosaunee Nationals Team.

For more information on how you can support our people’s Olympic dreams, please visit www.haudenosauneenations.com or call Rex Lyons at (315) 278-7607.