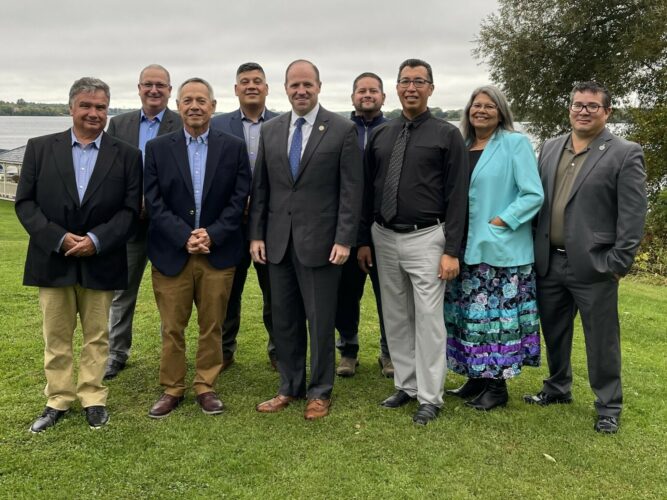 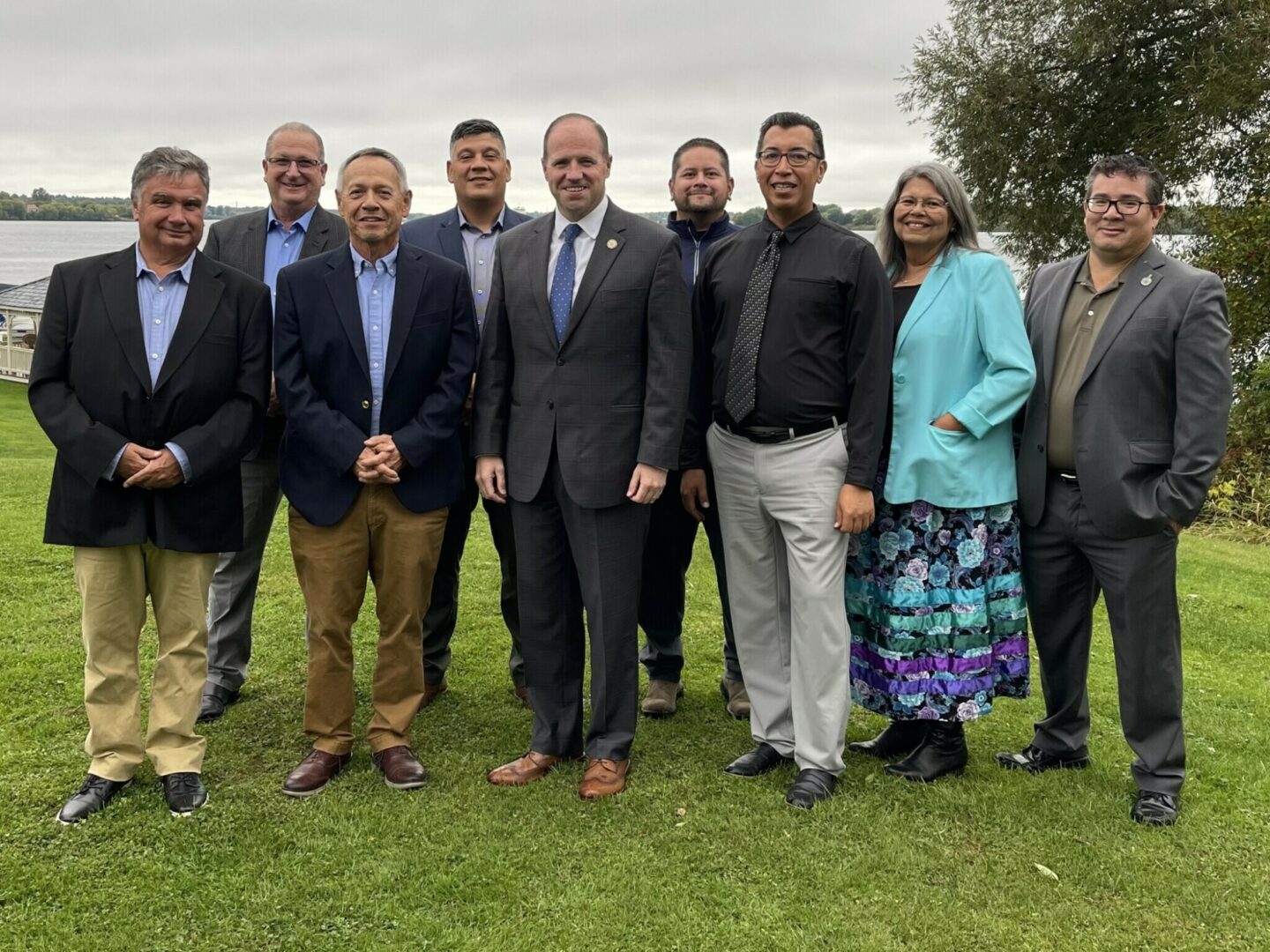 AKWESASNE -- The Saint Regis Mohawk Tribal Council is continuing its longstanding efforts aimed at strengthening the Tribe’s voice in the New York State Government. Beginning with the 2019 revival of the New York Senate State-Native American Relations Committee, the Tribal Council has continued to engage in productive dialogue with the committee to advance tribal concerns and issues.

During a June 6, 2019 roundtable discussion held by the State-Native American Relations Committee, the group made a commitment to regularly visit tribal communities throughout the State to learn about issues being faced and to identify areas where tribal concerns can be voiced in the State Legislature. Their most recent visit to Akwesasne took place from September 19-20th and entailed hosting Committee Chair Senator Timothy Kennedy (D, IP, WF), 63rd District.

The event began with a meal prepared by Atsiakta By The River and local caterer, Jonathan Lazore, while the Tribal Council discussed with Senator Kennedy the need to establish a permanent NYS Native American Relations Office. In addition, the Tribal Council also discussed the need for recognition of the tax exemption status of tribal purchases made off-territory. An update on the land claim court case and negotiations was also provided, as well as the opportunity once more to host representatives from the Tribe’s state lobbying firm of Bolton-St. Johns.

The group visited with Saint Regis Mohawk Chief of Police Matthew Rourke who shared efforts to recruit and retain police officers and the tribal police department’s ongoing work with outside law enforcement agencies. Chief of Police Rourke noted the jurisdictional challenges relating to emergency calls from locations within the 1796 Treaty boundary and the need to develop mutual aid agreements.

Their second visit was to the Tribe’s Health Services, which included a tour of the facility’s recent expansion and discussions with Assistant Health Director Kim McElwain, Alcoholism/Chemical Dependency Program Clinical Director Connie Thompson, and Assistant Clinical Director Melerena Back. They discussed the difficulty in filling job vacancies and transferring/recognition of credentials between jurisdictions. They also shared the obstacle of some grant agencies to consider preventive measures and treatments that are often uniquely tailored and incorporate culturally appropriate services.

The group next traveled to the St. Regis Mohawk School to meet with Salmon River Central School District Superintendent Dr. Stanley Harper and Principal Alison Benedict. They spoke about the $17.8 million slated for the Mohawk School in the 2022-2023 State Budget for repairs and improvements, but much of the discussion was on the need to construct a new elementary school -- away from a flood prone area to land to be provided by the Tribe through negotiations with the State.

In February 2018, the St. Regis Mohawk School was significantly impacted by a flood that inundated their basement and parking lot, which forced all their classes to temporarily relocate to the Salmon River Central School campus in Fort Covington. A tour of the school’s boiler room revealed the extent of the water damage that is still evident in the century-old building.

The two State Senators and Mayor McCabe also visited the Akwesasne Mohawk Casino Resort where political support was needed to eliminate the ArriveCAN requirement for Canadian travelers. The ArriveCAN requirement is mandatory for all travelers to Canada until October 1st. Accounting for approximately 40% of casino patrons, the difficulty regaining Canadian customers continues to have an impact on casino revenue and the Tribal General Fund.

The tour concluded with a visit to the Akwesasne Boys & Girls Club, followed by a recap at the Tribal Administration Building, where the Tribal Council was presented with a proclamation from Senator Kennedy to memorialize Every Child Matters Day on September 30, 2022 in New York State. The proclamation was sent to Governor Kathy Hochul for further action. Select Committee Member NYS Senator Joseph Addabbo Jr. (D), 15th District, joined virtually for the proclamation’s presentation.

On behalf of the Saint Regis Mohawk Tribe; we express appreciation to State Senator Tim Kennedy, State Senator Daniel Stec, and to Mayor Hal McCabe for their recent visit to Akwesasne. We trust that the opportunity to meet in-person has provided them with an increased understanding of our community’s most pressing issues and challenges.