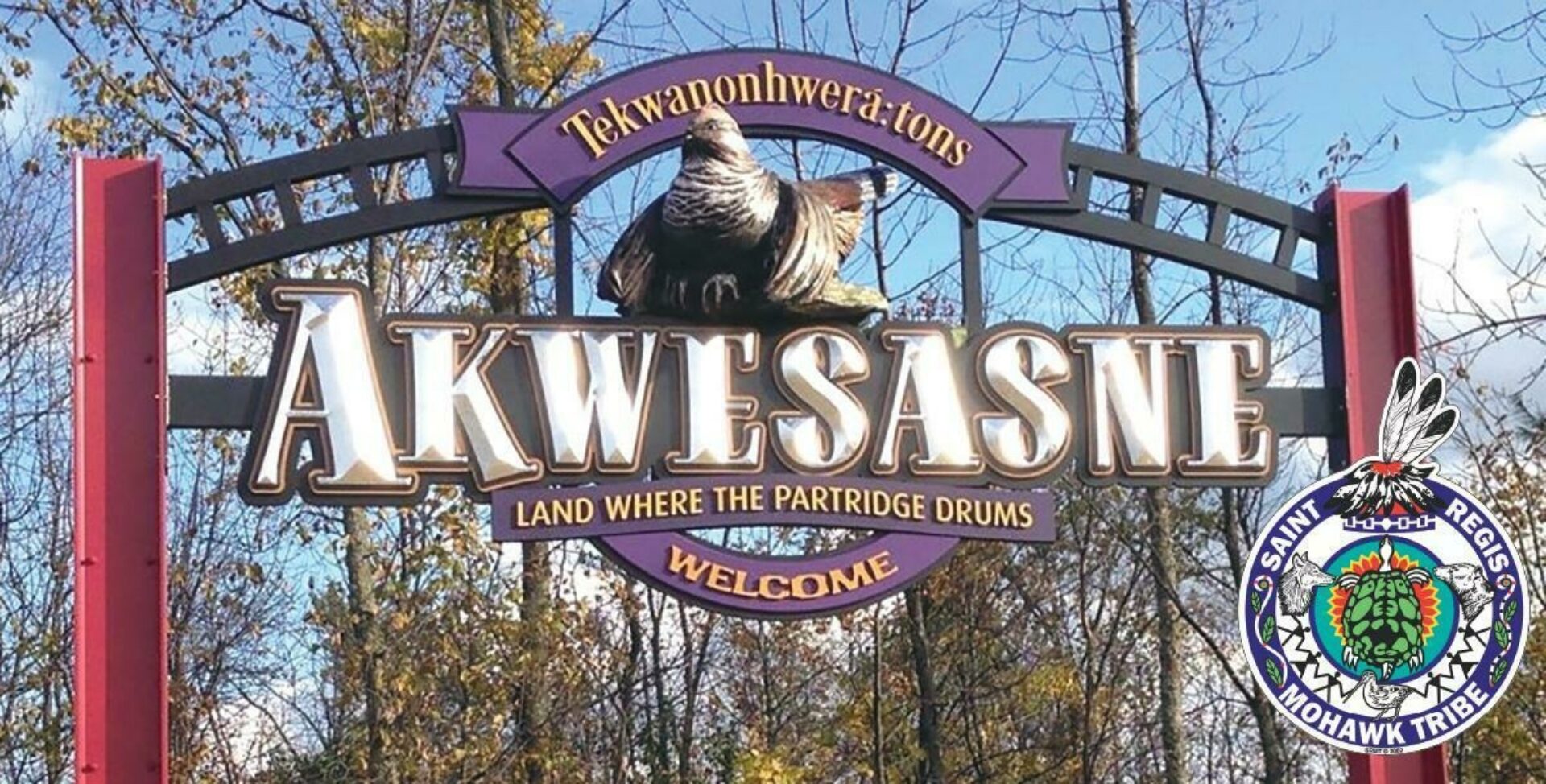 AKWESASNE TERRITORY – The Saint Regis Mohawk Tribal Council is pleased to report that the decades-long dispute over the reservation boundary has been decided upon by the United States District Court for the Northern District of New York. In a summary judgment ruling issued by U.S. District Judge Lawrence Kahn on Enniskó:wa/March 14, 2022, the court ruled that New York State’s purchase of reservation lands in the 1800s violated the federal Non-Intercourse Act.

“To say that we are pleased is an understatement,” shared Tribal Chief Beverly Cook. Chief Cook added, “We should all be proud of the perseverance that our recent and ancient ancestors displayed, who stood fast in their determination to protect our lands. We stand in the footprints of our parents and grandparents who fought relentlessly to reclaim our land that was illegally taken. The process will continue to require patience and critical thinking, as we seek to unwind the many complexities of a final remedy and settlement of our land claim.”

Beginning in 1790 and concluding in 1834, the U.S. Government adopted six federal statutes to regulate commerce with Indian Nations and to clearly establish the rules for the purchase of tribal property. The Court has found the State did not follow those rules. Known as the Non-Intercourse Act, the federal law specified that only legislation ratified by the U.S. Congress could transfer title to a purchaser.

In 1824 and 1825; New York State attempted to purchase approximately 2,000 acres of reservation land from the Tribe; without the presence of a federal commissioner or any subsequently ratified federal act. These lands comprised the “Hogansburg Triangle” and is situated at the center of the reservation explicitly reserved for the use of tribal members in a 1796 Treaty, which was ratified by the U.S. Congress on May 31, 1796. The U.S. District Court’s ruling affirmed the Tribe’s historic and ongoing claim to ownership of these reserved lands.

Tribal Chief Michael Conners shared, “Today is a tremendous win for Akwesasne and was decades in the making. It is a positive step forward, with many steps still to be figured out. It could not have happened without the leadership of our past Council members who, along with recent and current Councils, have always kept an eye on our children and our grandchildren still to come.”

In addition to the ruling on the merits, the court also dismissed the State and County counterclaims that the Tribe’s reservation was disestablished or diminished by later treaties. The impact is that the 1796 Treaty boundaries remain in place and encompass, not only the Triangle; but the Massena Mile Square, the Fort Covington Mile Square and adjacent town, and the Grasse River meadows areas, all set aside in the Treaty.

In responding to U.S. District Court ruling, Tribal Chief Ron Lafrance shared, “I have always maintained that the State violated the Non-Intercourse Act by not having any of these purchases approved by Congress. During Land Claims negotiations, I always asked if the State sought federal approval on any purchases made by NYS on Mohawk lands? I also commented that only an Act of Congress could disestablish or diminish the boundary of a reservation. Today, we succeeded in proving we were right all along.”

Not included in the March 14th court ruling was a remedy to rectify and correct the illegal taking of reservation lands by New York State. Given the predominant presence of tribal members involving the Hogansburg Triangle, in prior litigation Judge Kahn found that the legal principle of laches did not apply, which could potentially clear the way for the Tribe to regain title.

For the remaining areas reserved in the 1796 Treaty not currently under tribal title, the Tribe’s lawyers are still assessing the impact of the U.S. District Court’s ruling.