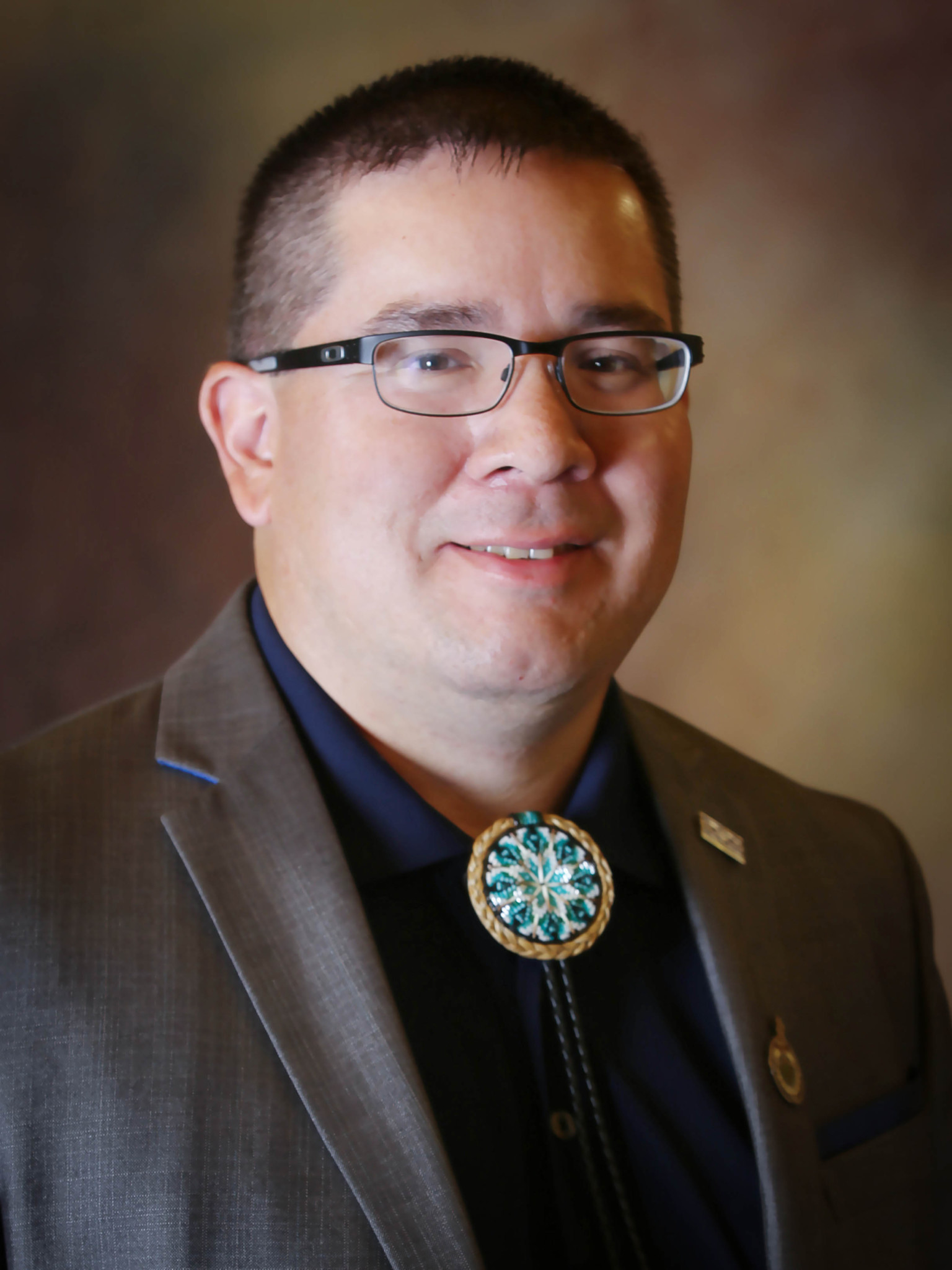 Chief Michael Karoniatens Conners is a lifelong resident of Akwesasne, committed to public service. Michael is serving his first term as Tribal Chief, following two consecutive terms as Tribal Sub-Chief, on the Saint Regis Mohawk Tribal Council. He was elected to a five-year term to the Salmon River Central School Board of Education and is a board member of Mohawk Gaming Enterprises, the Tribal corporate entity that operates and owns the Tribe’s Class II and III gaming operations. Prior to being elected to the Tribal Council in June 2011, Michael spent eight years as the Finance Director of the Tribe’s Class II gaming operation, the Mohawk Bingo Palace, one-and-a-half years as Finance Manager for the Tribe’s Class III Operation, Akwesasne Mohawk Casino, and two years as Internal Auditor for the Tribal Gaming Commission. He has a background in Accounting, graduating from SUNY Plattsburgh, in December 1999.

Michael is married to Missy and together, they have six children spanning the elementary to college years. Michael is the son of Mike and Melanie Conners, and has two sisters, Megan and Karissa. Michael is the grandson of Stanley and Pearl Conners, Louis and Nora Jacobs and the step-grandson of Pete and Darlene Sunday. Michael enjoys DIRT track and NASCAR racing, attending his children’s sporting events, including lacrosse, soccer and basketball and taking the family on adventures.